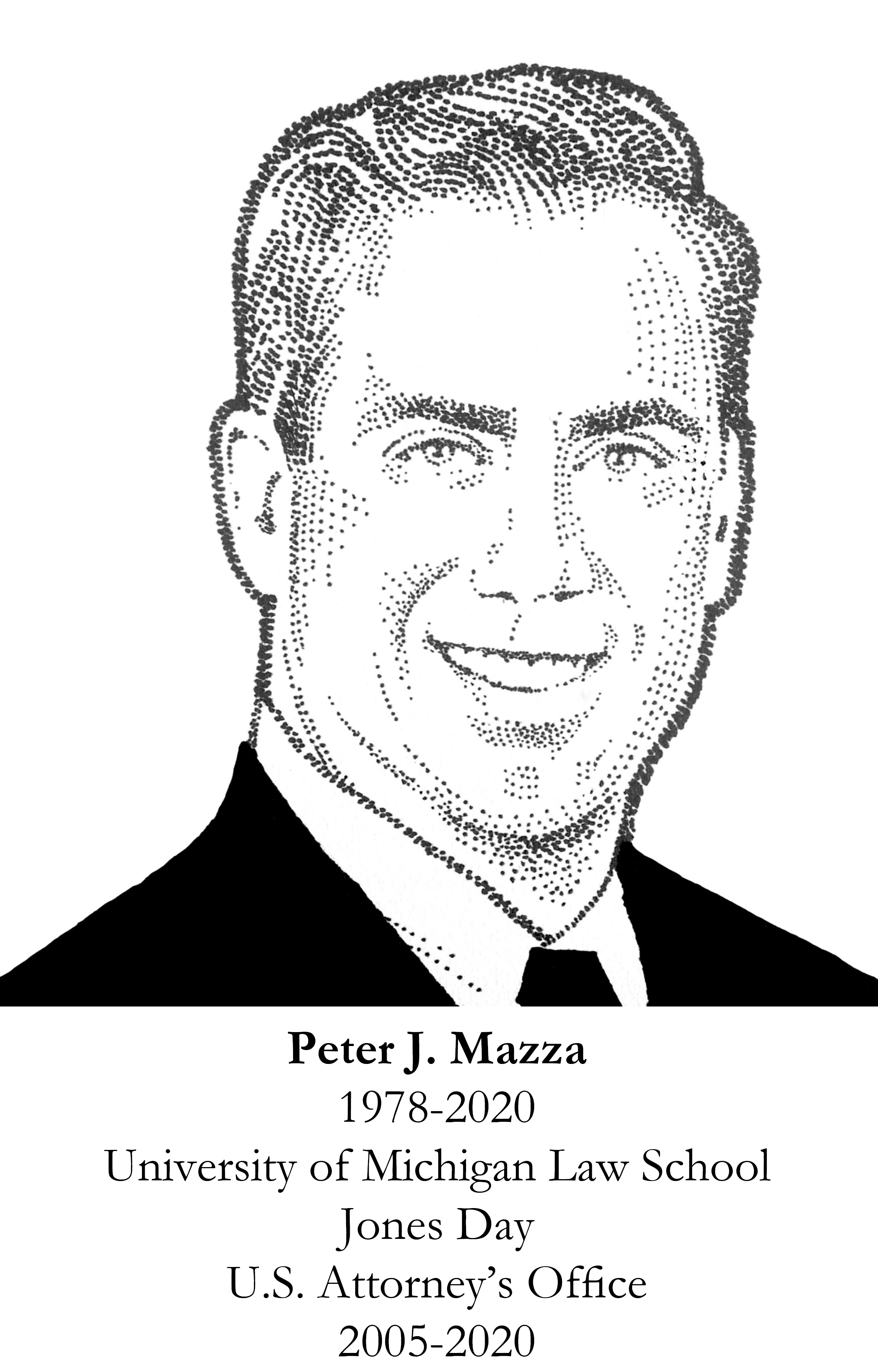 Peter Jordan Mazza was born in Canton, Illinois and grew up in Cheshire, Connecticut. Peter attended Yale University, where he majored in History and played starting linebacker for the Yale football team. Peter graduated from Yale with distinction and spent the next year working for then Senator Joseph Biden. Peter earned his law degree from the University of Michigan Law School, where he met his beloved wife Megan.

Peter began his legal career as a clerk for District Court Judge Marilyn Huff, and then became an Assistant United States Attorney for the Southern District of California. While at the U.S. Attorney’s office, Peter prosecuted gangs, violent crimes, and major frauds. He then entered private practice at Jones Day, where he quickly became a partner and a trusted friend and adviser to his colleagues and clients. In 2019 Pete returned to the U.S. Attorney’s office as the First Assistant United States Attorney, a role he cherished.

As a lawyer, Peter was a fierce advocate, a conscientious prosecutor, and a cherished colleague. Peter had a tireless work ethic, innate leadership skills, a principled approach to life, and a great sense of humor. He connected with judges and juries alike, and won the respect not only of those he worked with and for, but also with his courtroom adversaries.

Peter was all of the things we should all aspire to be – honest, kind, loyal, reliable, compassionate, fun-loving, and always pushing himself and everyone around him to do and be their very best. Above all else, Peter was a dedicated partner to Megan, and raising their three children – Elsie, Cora, and Christopher – was the greatest joy of his life.