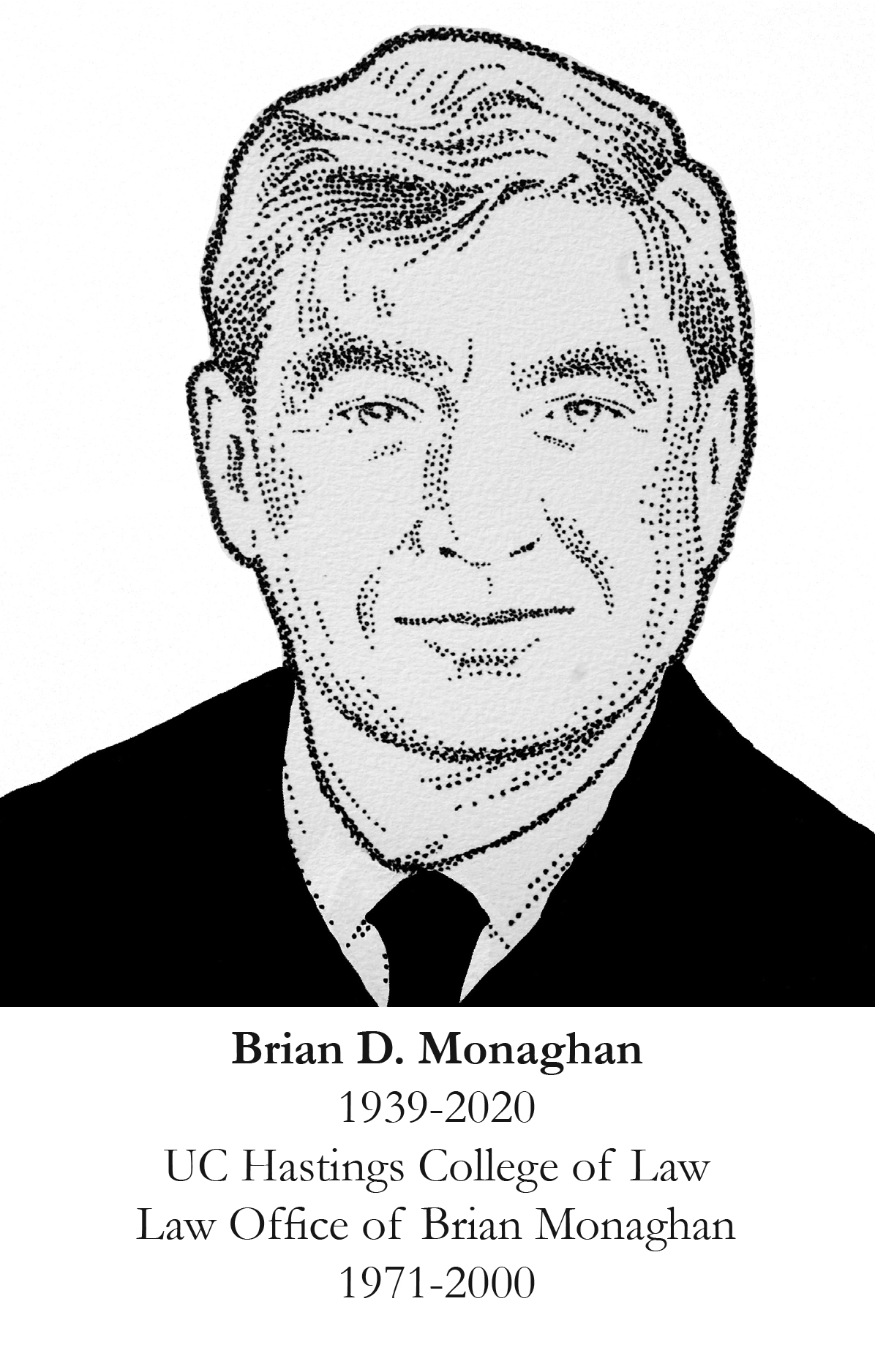 A graduate of the United States Naval Academy, Brian served several tours in the U.S. Navy aboard destroyers during the Vietnam War and upon his discharge, entered law school, graduating from Hastings College of Law in 1970. He worked for several years for Luce, Forward in San Diego before forming his own law practice.

His accomplishments as a plaintiffs’ attorney are legendary and as many lawyers who opposed him have said, when Brian began telling Irish stories to the jurors, they knew their job had just become more difficult. Brian’s career achievements were also reflected in the awards given to him by his peers. He received nine Outstanding Trial Lawyer Awards from the Consumer Attorneys of San Diego as well as recognition by that group as the Trial Lawyer of the Year on an unprecedented three separate occasions. In 1998, Brian received the California Trial Lawyer of the Year Award from the American Board of Trial Advocates. That same year he received the Steven Sharp Public Service Award from the 50,000 member American Trial Lawyers Association. Brian served on the Board of Directors of the Old Globe, Hastings College of Law, the San Diego Bar Association, the American Ireland Fund, and the San Diego Padres.

Beating the odds of a Stage 4 melanoma diagnosis for 22 years, Brian co-authored a book with his wife, Gerri, entitled “The Power of Two, Surviving Serious Illness with an Attitude and an Advocate”. Brian focused on paying it forward, spending several months touring around the country, speaking to any group that asked. He also had a love of helping veterans and played a key role in establishing the Veterans Legal Clinic at the University of San Diego and acquiring a significant grant for the Veterans Village of San Diego and provided meals and companionship to returning service men and women.