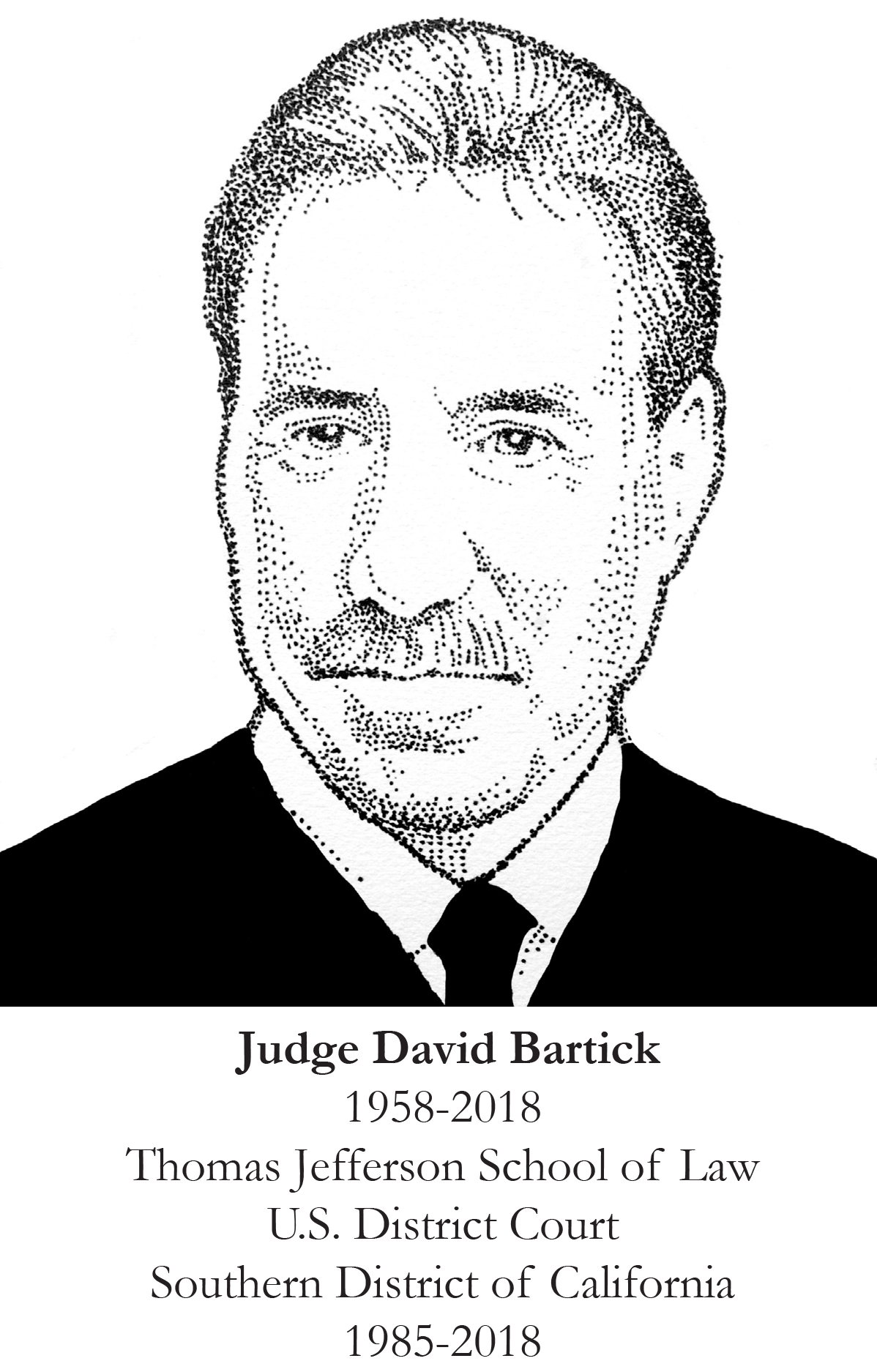 Judge David H. Bartick was a true gentleman, a lion of the bar, and a respected jurist.

After graduating from University of California at Berkeley, he was invited to compete for a spot on the United States Olympics team in boxing. He earned his J.D. from the Thomas Jefferson School of Law in 1985 and began a long career in criminal defense, representing some of the region’s most high-profile and challenging cases, including alleged cartel heads, bank robbers, and white collar defendants. He also devoted a substantial portion of his practice to representing indigent clients.

In addition to handling a full caseload, he served as a judge pro tem in Superior Court for 18 years. In 2012, he was selected to serve as a federal Magistrate Judge. While on the bench, Judge Bartick was instrumental in leading the annual San Diego High School mock trial program.

Judge Bartick will be remembered for his big heart and twinkle in his eye. As Chief Judge Barry Moskowitz said after his untimely passing to brain cancer in 2018, “Judge Bartick loved his job and we loved him. He was brilliant, kind, fair and had an infectious enthusiasm about every aspect of his job.” Upon his passing, the mock trial program created the Judge David H. Bartick Civility & Sportsmanship Award in his honor. Along the same lines, in 2019 the United States District Court established the annual Honorable David H. Bartick Award for Civility and Professionalism.

He is survived by his wife Terry and their two children, Jennifer and Brian.