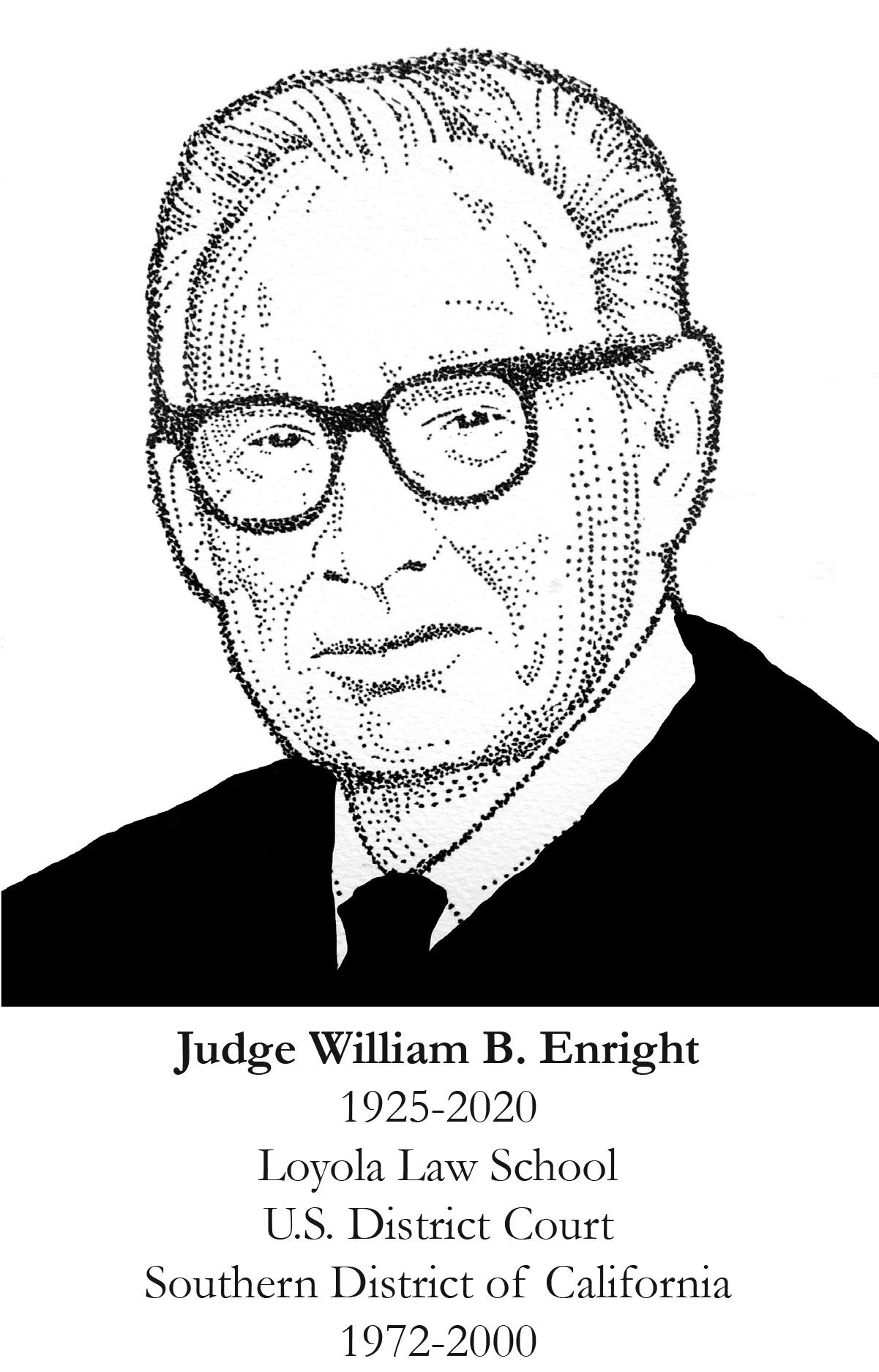 Judge William B. Enright sat on the United States District Court for the Southern District of California. He was nominated, confirmed, and appointed to the federal bench on June 30, 1972, and took the oath of office two weeks later on July 14, 1972.  He took senior status in 1990, and maintained a heavy criminal and civil caseload until 2000.

Prior to his appointment to the bench, he served in the United States Navy during World War II.  He was a Deputy District Attorney in San Diego County from 1951 to 1954.  In 1954, he formed his own law firm, Harelson, Enright, Levitt & Knutson, and practiced criminal law until 1972.  Throughout his career as a prosecutor and criminal defense attorney, he tried 223 jury trials.  During his years as a trial lawyer, Enright devoted substantial time to State and local bar committees, including:  Member, Board of Governors, State Bar of California (1967-70); Vice President, State Bar of California (1969-70); Attorney Member, California Judicial Council (1972); Member, Chair, and Advisor, Committee on Criminal Law and Procedure, State Bar of California (1962-67); Board of Directors and President, San Diego County Bar Association (1963-1965); Board of Directors and President, Federal Defenders of San Diego, Inc. (1965-72); Board of Trustees, San Diego County Law Library and Justice Foundation (1965-68); and Board of Directors, Legal Aid Society (1962-64).