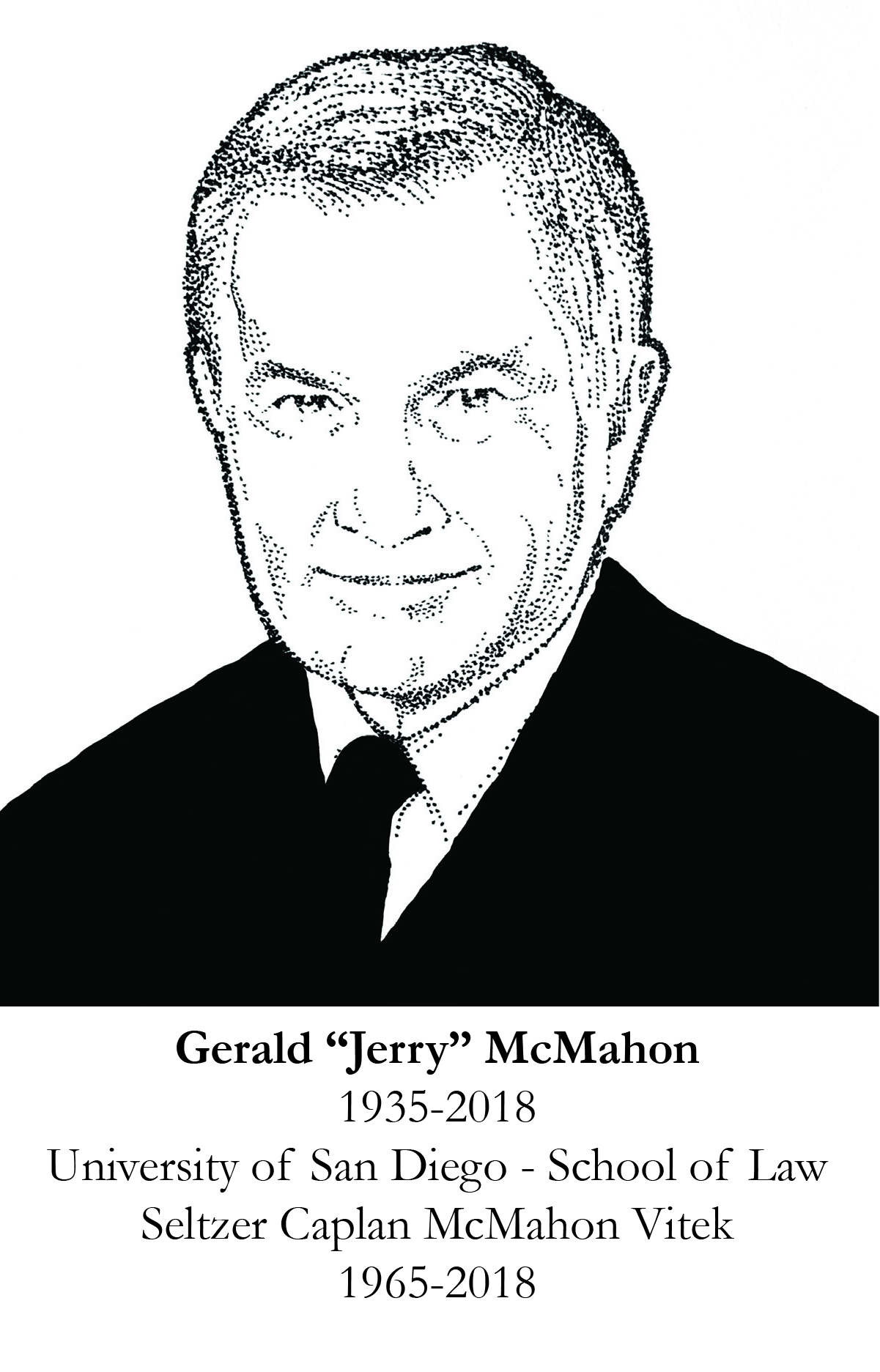 Early in his career, he practiced in a wide range of areas, eventually focusing on family law litigation and trying more than 100 cases. He served as the Litigation Practice Chairman and Chair of the Firm for many years, teaching and mentoring multiple young lawyers along the way. Known for his civility and dedication to clients, Jerry was key in establishing Seltzer Caplan McMahon Vitek as one of San Diego’s oldest and most respected law firms.

The Ohio native was active in several organizations dedicated to serving both the legal and San Diego communities. During his career, he received many professional honors including being named a Fellow by the American College of Trial Lawyers, admitted to The American Academy of Matrimonial Lawyers and designated as a Distinguished Alumnus of the University of San Diego School of Law. A devoted family man, he credited his wife of 63 years, Donna, for “any success” he had.