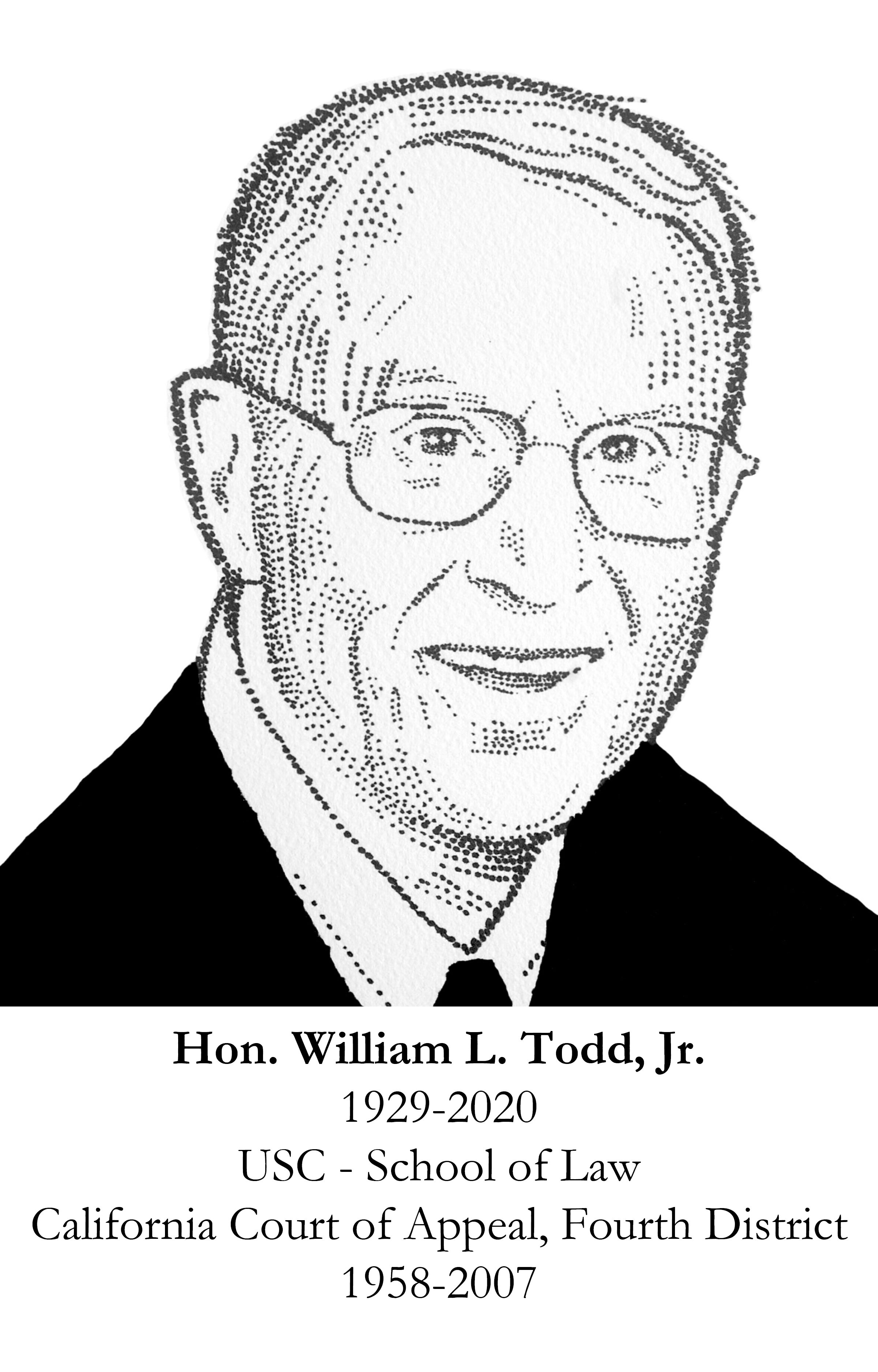 Ted was born November 18, 1929, in Toronto, a temporary career stopping point for Ted’s father.  Ted grew up in Cedar Rapids and Pasadena.  Ted was a five-sport letterman in high school and junior college.  At the University of Southern California, where he obtained both his undergraduate and law degrees, Ted joined the ROTC and met his future bride, Paula.

Ted and Paula married just days before he began his active Marine Corps duty.  Ultimately stationed at Camp Pendleton, Ted completed his service as a first lieutenant, and then finished his legal studies.  The first years of his career were in Los Angeles, where he and Paula welcomed daughters Tracy and Kathryn.  By 1960, Ted and Paula moved to San Diego, where their son Christopher was born and where they remained for the rest of their 65-year married life.

Ted was appointed to the Superior Court bench in 1974, and he was elevated to the Court of Appeal in 1986, where he served until 1994.  From then until his full retirement in 2007, he was a highly regarded, sought-after neutral.  Ted was president or chair of close to twenty legal and community organizations, and served on the boards of, and as a volunteer for, dozens more.  He and Paula traveled the world.  A man of great faith, Ted sang in his church choir for 55 years.

Ted was a persuasive advocate, his distinctive skill with a good argument coming from his thorough preparation.  He was a good-natured kidder, a diehard Trojan and golfer, and the most honorable of men.