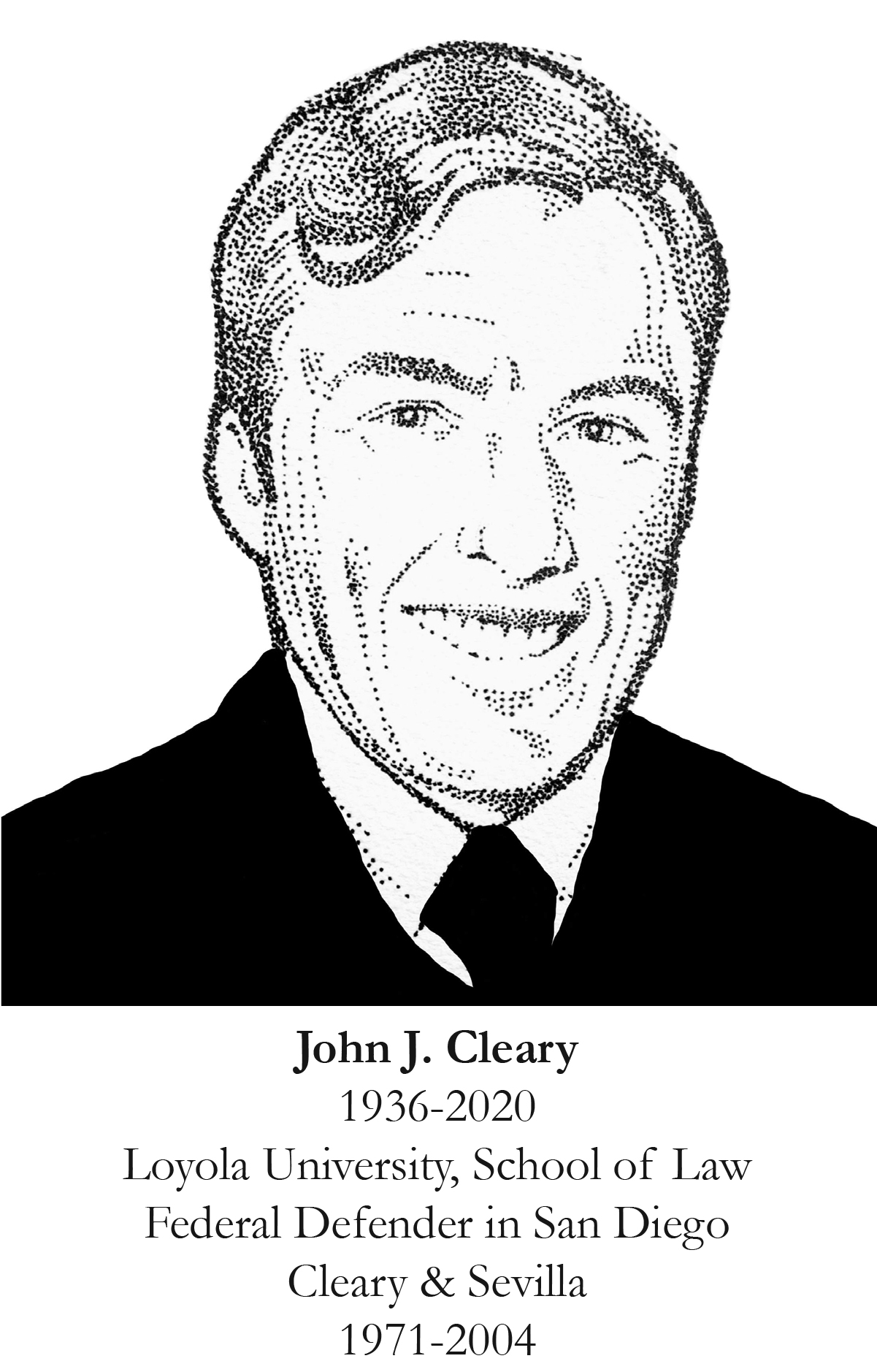 John J. Cleary received his undergraduate degree from the College of Arts and Sciences, Loyola University, Chicago and his law degree from School of Law, Loyola University, Chicago. He began his career in the U.S. Army as a Judge Advocate Officer: 101st Airborne Division, later becoming the first Executive Director of Federal Defenders of San Diego, Inc. from 1971 to 1983. After his departure from FDSDI, John helped establish the law firm Cleary and Sevilla, which specialized in criminal defense. In 2004, John left private practice to teach for the Fulbright program at Moscow State University, in Russia.

John is best known in the legal community as the longtime Federal Defender in San Diego serving many organizations in leadership roles, President of the California Attorneys for Criminal Justice, President of the California Public Defenders Association, as the first public defender to serve on the Board of Directors of the National Association of Criminal Defense Attorneys, and President of the San Diego Criminal Defense Lawyers group. An annual award, the Conant-Cleary Award, has been named after Mr. Cleary for exceptional and unselfish devotion to protecting the rights of the indigent accused.