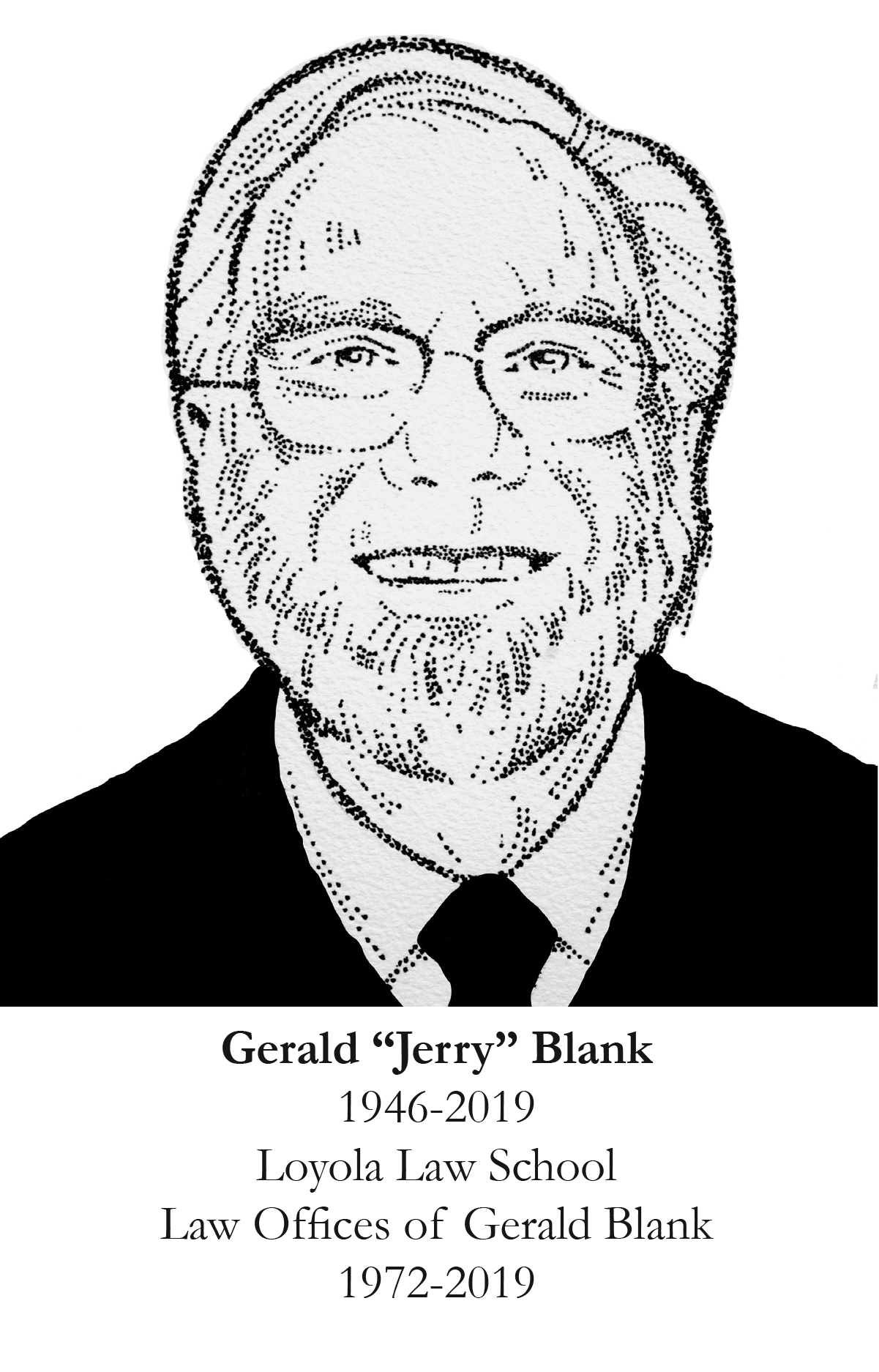 Gerald “Jerry” Blank was born in 1946 in Chester, Pennsylvania and moved with his family to Palm Springs, California in 1960. He received his Bachelor of Arts Degree from California State University at Northridge and his law degree from Loyola University of Los Angeles in 1971. His first job was at the Western Center on Law and Poverty in Los Angeles. There his political activism was ignited when he and a team of lawyers defended anti-war protesters such as the paralyzed Vietnam War veteran Ron Kovic. In the early 70’s, Jerry left the States in his Chevy Blazer to explore South American archeological sites for several years. He came back with a fluency in Spanish and a love of the Latinx culture which stayed with him throughout his life.  In 1979 he settled in San Diego and went to work for Defenders Inc. and in 1981 opened his private practice. He helped found the San Diego Indigent Defense Fund, served on the board of the Institute for Criminal Defense Advocacy, and was president of the Defenders Board. His picture was on the cover of the California Lawyer Magazine for one of his most celebrated cases. He has received numerous awards, among them Trial Lawyer of the Year from the SD Criminal Defense Bar Association and the E. Stan Conant Award. He was a passionate private pilot and flew to both eastern Russia and France in his own plane. In facing his incurable, degenerative neurological disease, his last heroic act was to end his life peacefully under the California Death with Dignity Law.