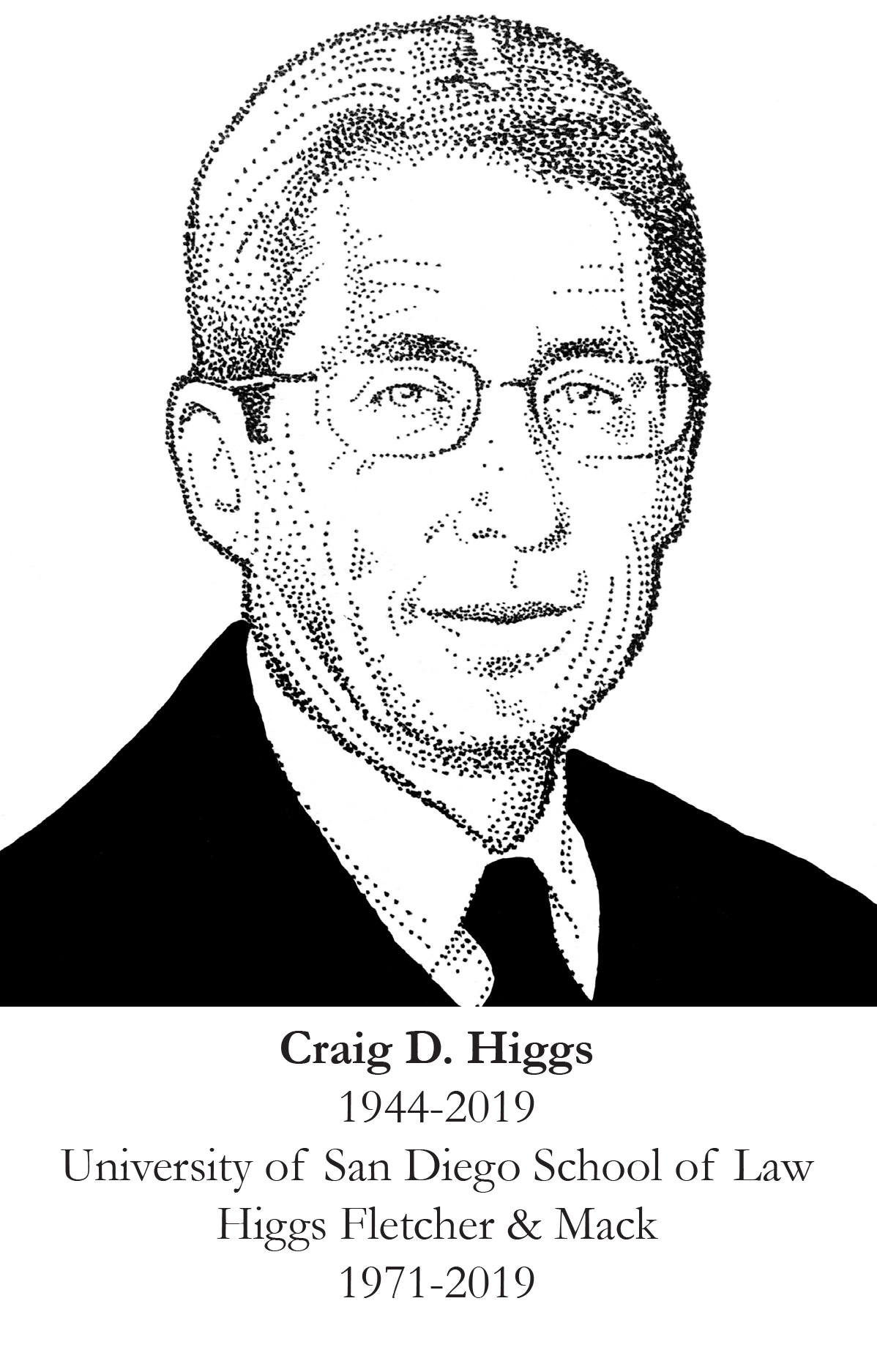 Craig Higgs was a pillar of San Diego’s legal community, and he left behind a legacy of not only exceptional skill and ability as a lawyer, but also one of incredible kindness and generosity.

A graduate of the University of San Diego School of Law, Craig followed his father Dutch Higgs, one of the two founding partners of the law firm now known as Higgs Fletcher & Mack (HFM), into the “family business” after beginning his legal career at the City Attorney’s Office. He spent the remainder of his career at HFM, where he initially practiced defense work then later began representing plaintiffs before ultimately transitioning into a successful mediation practice.

While he was known for his tenacity and effectiveness as a lawyer and mediator, Craig was also known as a gregarious friend and mentor to attorneys at HFM and beyond. He was a lawyer who led by example, serving his professional community through his volunteer leadership roles as both the President of the San Diego County
Bar Association (1984) and as the Chair of the California Commission on Judicial Nominees Evaluation (the JNE Commission).

Craig was inducted into the American Board of Trial Advocates, serving a term asPresident of the San Diego chapter, and was selected as a Fellow of the International Academy of Mediators. He volunteered for the University of San Diego School of Law in numerous ways, including serving on the Board of Visitors for 23 years. Among his many awards and accolades, Craig received the Distinguished Alumnus Award from the university.