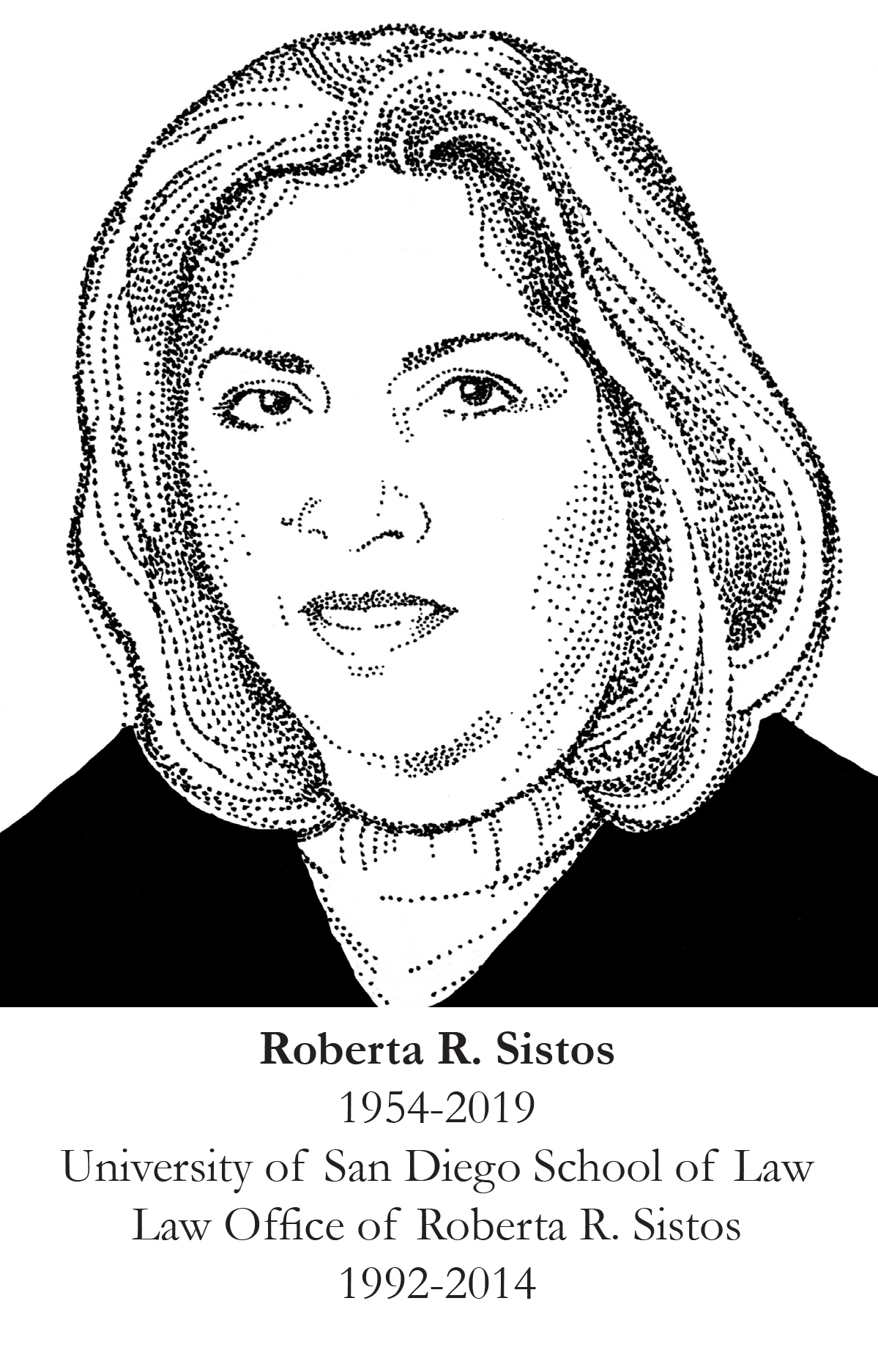 Roberta was born in 1954 and grew up in Northridge, CA. She attended Loyola Marymount where she met the love of her life, Ricardo, whom she married in 1975. She moved to San Diego in 1980 and resumed her
education when her youngest entered kindergarten, obtaining her JD from USD. She rose to become
managing partner of the San Diego office of Burke, Williams & Sorensen.

Roberta focused on giving a legal voice to those who would otherwise lack it. In 1996, she represented the Chicano Federation in obtaining an injunction against the “Airport Posse,” who were harassing Latinos while purportedly looking for undocumented immigrants. She was president of California La Raza Lawyers, co-chaired the Supreme Court Committee for the Hispanic National Bar Association, and sat on the executive board of the National Hispanic Media Coalition. Robbie was also a member of the JNE Commission, on the UCSD Board of Overseers, on the LEAD San Diego Board of Directors, and on the Union Bank Community Advisory Board.

Roberta was known for generosity toward underdogs and her tenacious opposition toward those who would exploit them. She had a vibrant life, and she loved her family. She is survived by Ricardo, their three sons, six grandchildren, and three of her siblings.