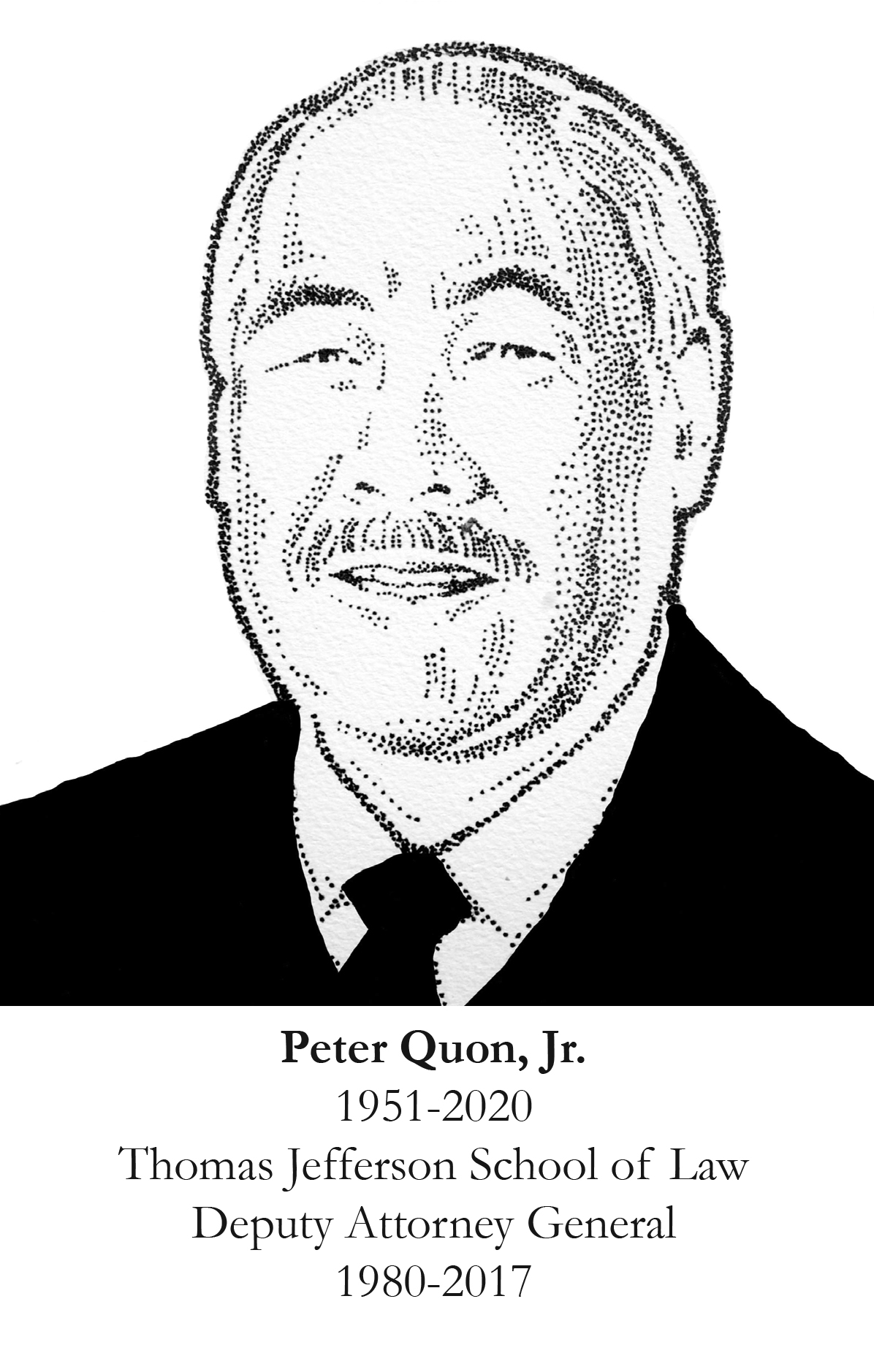 Peter grew up in Berkeley, California, the eldest of four children. Peter earned a law degree at Thomas Jefferson School of Law (formerly Western State) in 1977 and later joined the California State Attorney General’s office in its Criminal Law Division. There, he served for more than 30 years and became a supervising Deputy Attorney General followed by service as a San Diego County Deputy District Attorney.

Peter argued before the California Supreme Court 7 times and his advocacy resulted in 36 published opinions in State and Federal Courts.  He was selected by the Attorney General as “State Prosecutor of the Year” in 1994 and later by the California District Attorneys Association as “Deputy Attorney General of the Year”. He was a National Asian Pacific American Bar Association Trailblazer and was recognized in 2017 by the National Asian Pacific Islander Prosecutors Association with its Lifetime Achievement Award and by the San Diego County Bar Association (SDCBA) as the Outstanding Attorney of 2019.

Peter was one of the staunchest supporters of the specialty bar associations in San Diego and was most proud of his work in mentoring and connecting young lawyers to others in the profession. Peter was known for organizing lunches where law students could meet judges, conducting mock job interviews with lawyer mentees, and serving as a liaison between county bar leadership and diversity bar associations.