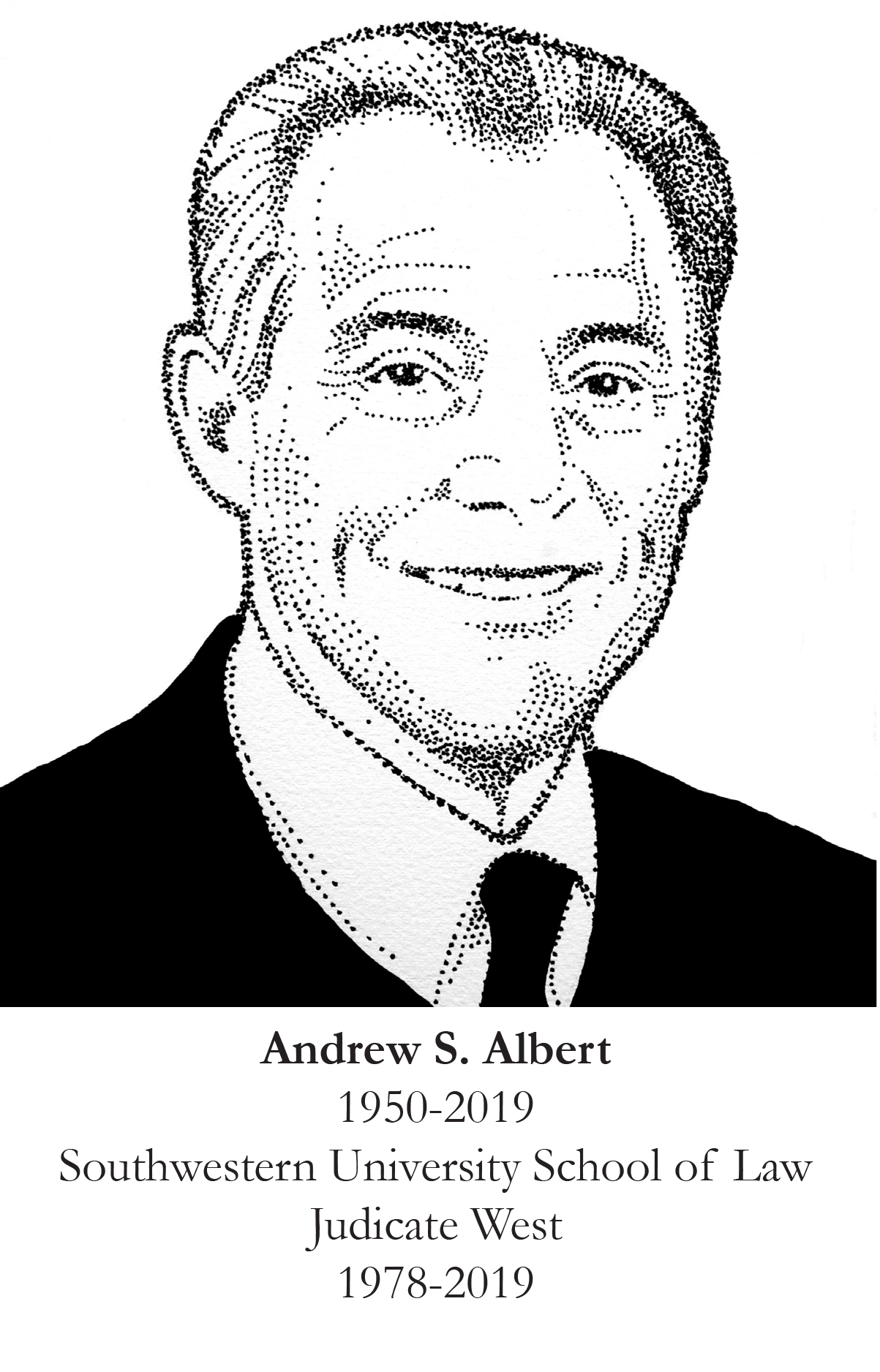 Andrew S. Albert graduated from Southwestern University School of Law. Andrew went on to become a driving force in the San Diego legal community. He was a mentor to many, serving as a Lecturer for the San Diego Inn of Court, Consumer Attorneys of San Diego, Lawyers Club of San Diego, and the American Bar Association. During the years he maintained his law practice, he earned numerous awards, including Consumer Attorneys of San Diego’s Outstanding Trial Lawyer Award (2000), President’s Award (2001), and the President’s Star Award for Distinguished Service (2003).

In 2003, Andrew began serving on the Board of Directors for the San Diego County Bar Association (SDCBA). In 2006, he was elected to serve as President at a time when the organization’s building was literally coming apart. He committed to finding a new home for the 107-year-old organization and was instrumental in relocating the SDCBA and its staff to newer, modern facilities. In recognition of his leadership, the California Bench Bar Coalition named him Bar Leader of the Year in 2007.

Shortly after leaving the SDCBA Board, Mr. Albert transitioned from an active law practice to serving as a full-time neutral at Judicate West. His ability to find resolution and bring people together caught the attention of the Daily Journal, which named him an “Up and Comer” (2009) and “Top 50 Neutrals in California” beginning in 2012.

Friends and colleagues recall his sense of giving, his joyful demeanor, his appreciation for travel, and his love of life. He was a longtime fan of Major League Baseball, the Padres, and the San Diego Chargers. But the true loves of his life will always be his wife Victoria, their three kids Michael, Tia, and Max, and their grandkids.