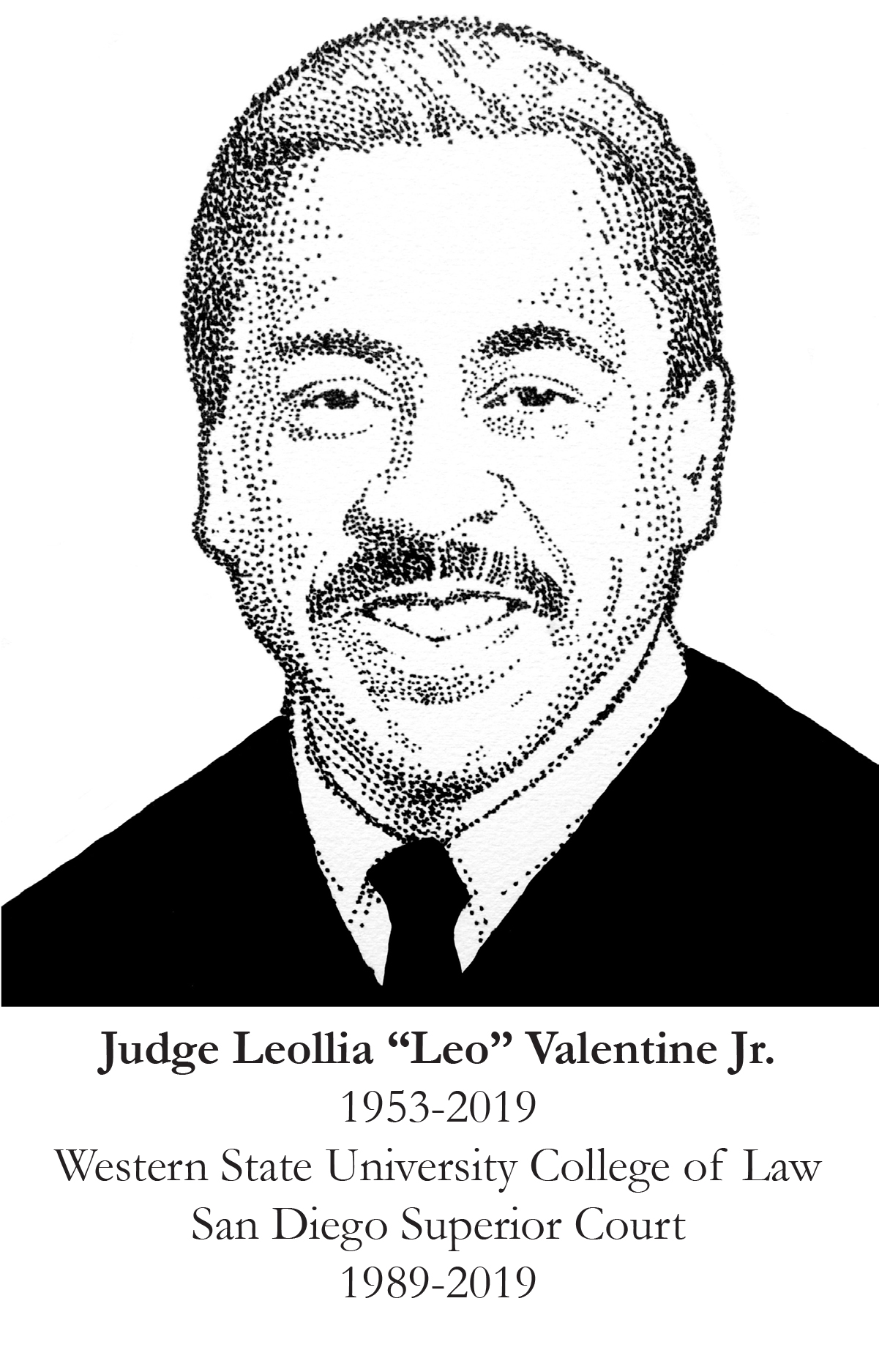 Judge Valentine graduated from Western State University School of Law in 1989. While attending law school, he
worked for the Long Beach Public Transport Company, where he became Director of Operations. In 1990, he joined the San Diego District Attorney’s Office where he became Assistant Chief of the Juvenile Division.

Governor Pete Wilson appointed Judge Valentine to the Municipal Court in 1998. He was then elevated to the San Diego Superior Court where he spent the majority of his judicial career presiding over criminal cases.

During his long and distinguished career, Judge Valentine was a role model and mentor to many colleagues and
attorneys. He treated everyone who appeared before him fairly, with dignity and respect. He was calm with a commanding presence, fostering an environment of mutual respect throughout his courtroom. His calmness was echoed by the environment in his chambers where attorneys were greeted by the subtle sounds of jazz playing in the background as cases were discussed and negotiated.

In addition to being a devoted husband and father, Judge Valentine was committed to public service. This commitment extended beyond the bench, as he cared deeply about helping disadvantaged youth, and supported programs focusing on rehabilitation. Judge Valentine presided over one of the nation’s first Homeless Courts and assisted other jurisdictions in implementing similar programs. He served on numerous judicial committees including the Juvenile and Family Services Committee. He also made invaluable contributions to the continuing education of California Judges by serving on the Curriculum Development and Faculty Development Committees, and as a Faculty member of the Continuing Judicial Education and Research Division of the California Judicial Council.