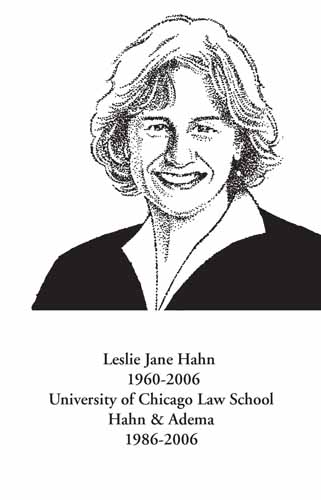 Jane grew up in the Seattle area where, at Newport High School, she was an All-American swimmer, winning several state championships and topping the national rankings in the 100-yard freestyle. Jane also excelled in debate and in a variety of other activities. She graduated from Newport High in 1979 with a scholarship to Harvard University.

Jane then embarked on a distinguished legal career, first in private practice, then with the U.S. Attorney’s Office and ultimately with her own firm, Hahn & Adema, where she attracted top-notch clients and cases while maintaining a family-friendly work environment. Successfully handling over 25 jury trials, Jane received a multitude of accolades, including San Diego Outstanding Trial Lawyer of the Year in 1997. In 2005, while continuing her work with Hahn & Adema, Jane became Of Counsel to the Washington, D.C. based intellectual property law firm Sughrue Mion, PLLC.

Jane was passionate in everything she did, constantly reaching beyond the ordinary both personally and professionally. She drew people to her with her engaging sense of humor, her compassion and her honesty, and enriched the lives of all those around her.