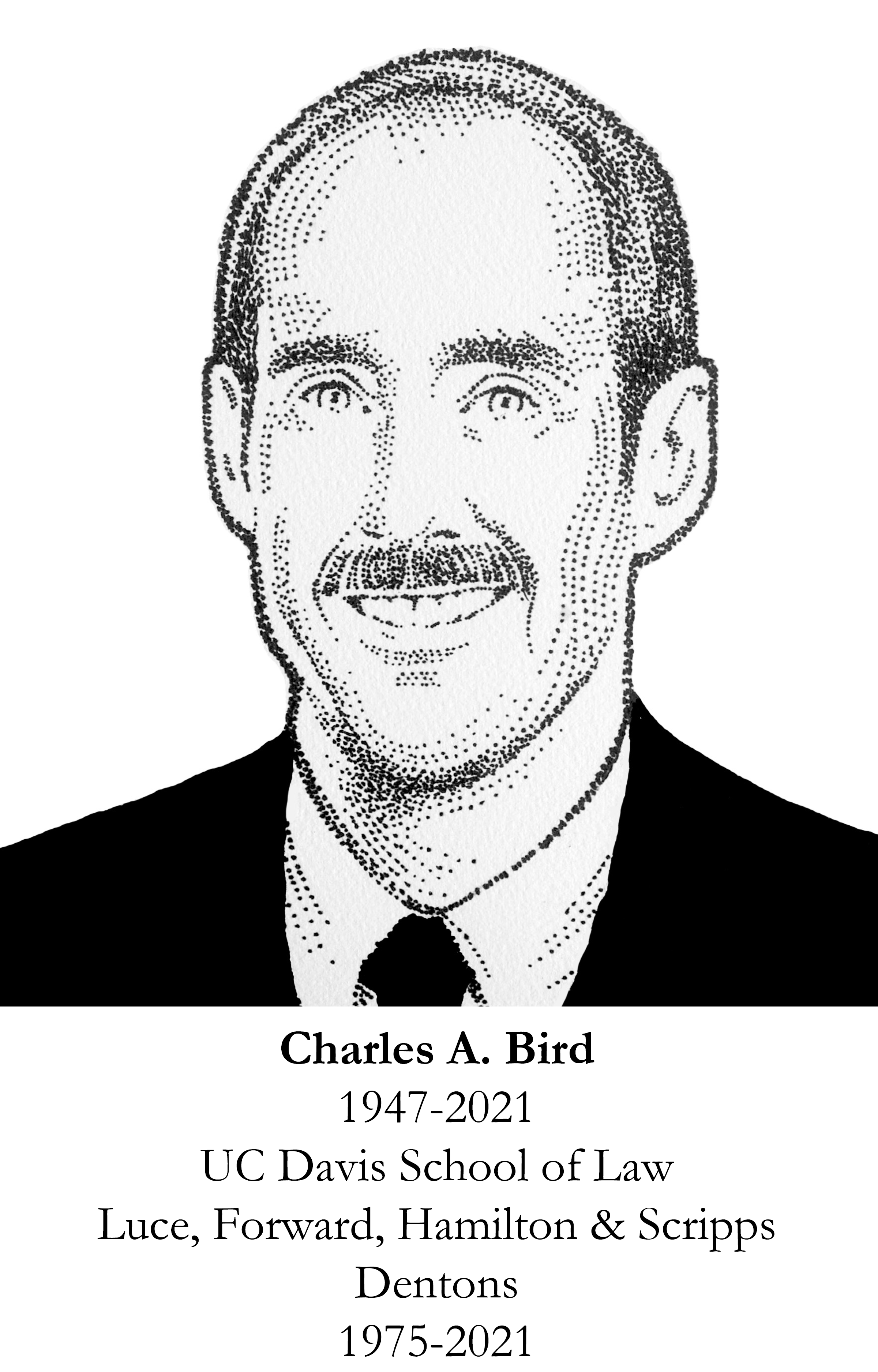 Charles (“Charlie”) Bird earned his J.D. from UC Davis Law School in 1973. Charlie served as a law clerk to the Hon. Robert Boochever, Justice, Alaska Supreme Court, Justice, U.S. Court of Appeals for the Ninth Circuit. He began his law firm practice with Luce, Forward, Hamilton & Scripps in 1974 and practiced with the firm, including its successor firms until his 2018 retirement from Dentons US LLP.  Charlie served in many leadership roles, including General Counsel, Executive Committee member, and chief architect of the firm’s first comprehensive strategic plan. Charlie was a lawyer’s lawyer and a mentor.

Charlie’s extensive appellate career included arguing civil cases in the U.S. Supreme Court, several U.S. Courts of Appeal, the California Supreme Court, and California’s six intermediate appellate districts. More than 60 of his cases were decided in officially published opinions. He was a past president of the American Academy of Appellate Lawyers and the California Academy of Appellate Lawyers.

Charlie was a leading advocate for social justice and women’s rights. He chaired the California Commission on Judicial Nominees Evaluation, was a Director (or equivalent) of the San Diego County Bar Association, Defenders Organizations, California Habeas Corpus Resource Center, SD Volunteer Lawyer Program, Alaska Geographic Association, San Diego Law Center and the Real Property Law Section of the California State Bar. Charlie was a member and President of the Board of the ACLU of San Diego and Imperial Counties and a founding member and active participant in the Lawyer’s Club.

As much as Charlie loved practicing law, he also loved his wife and soulmate Charlotte. They spent countless hours in the Alaskan wilderness canoeing, hiking and camping. Charlie is missed by all.